These two PreBS T5 builds were inspired by a recent repair on Jeff Tweedy’s #1 1957 Fender Champ. They feature 6″ speakers as used in the early 50′s Champs. The smaller speaker gives an earlier breakup and distinctive growling roar which is great for recording and a whole lot of fun for practicing. The laquered tweed model features era correct Mercury Magnetics output transformer and Weber signature alnico speaker while the black with white racing stripe model has a Jensen alnico P-6V speaker and slightly stiffer filtering and a NOS 5V4 rectifier tube for a bit less sag. Both builds feature a 3-position gain switch which connects/disconnects the cathode cap in the pre-amp and the negative feedback from the output transformer to dial in just the right amount of harmonics and distortion.  Sounds like a Marshall stack cranked but at a reasonable volume and much smaller package. Rock on! 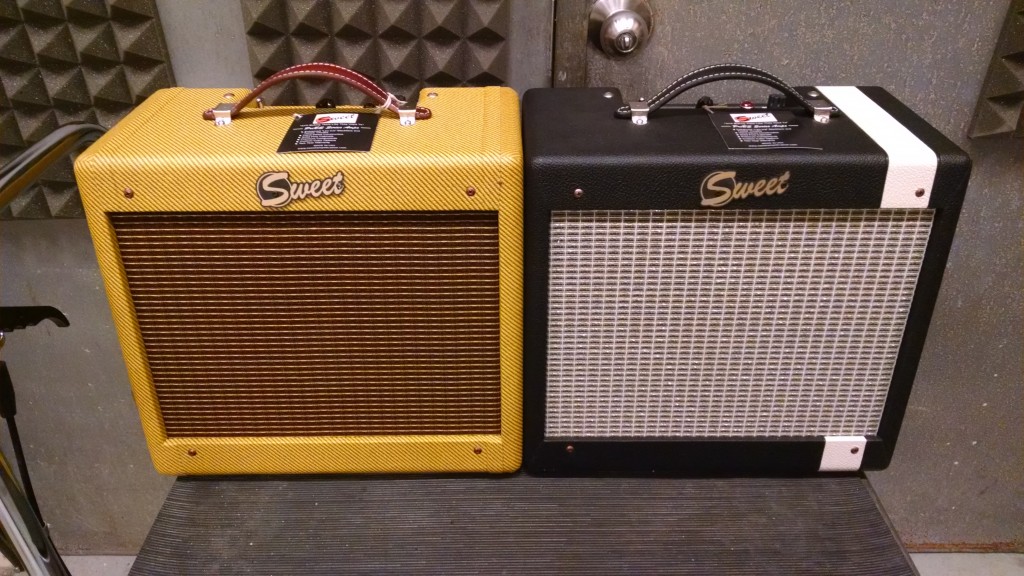 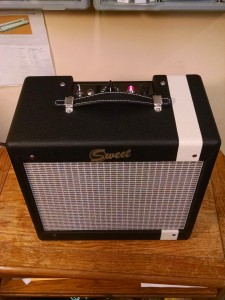 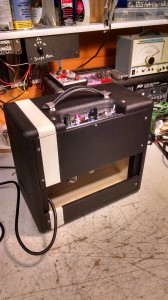 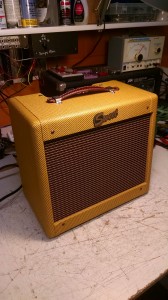 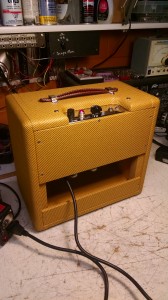