The first Sweet Low Power Tweed Twin build is completed! This is one of the most unique and  interesting Fender tweed era models with dual rectifier tubes, a unique pre-amp circuit, cathodyne phase inverter(like tweed Bandmaster and Princeton Reverb),  and a quite large output transformer for a pair of  6L6 power tubes. As always, I’ve added a few extra features for versatility like separate pre-amp cathode resistors and caps for less interaction between channels and the ability to use different tubes for each channel. I’ve also added a gain switch for each channel, push-pull brite switch for each channel, bias trim pot, and a negative feedback switch.

The result is a beautiful touch sensitive tweed tone with lots of character and compression when pushed. Well suited for any rootsy musical genre! Output is 25W-45W depending on power and rectifier tubes used but sounds best to me with the stock dual 5U4G and 6L6GC combination. 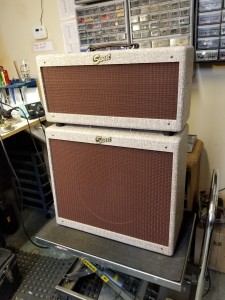 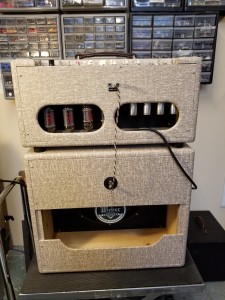 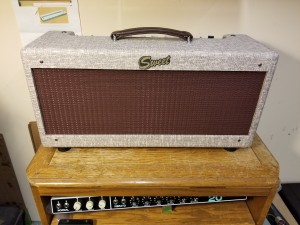 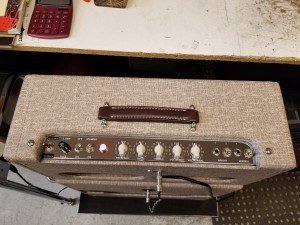